Memorial Day Weekend was Monday so it was a short work week. I work from home on Friday’s so I get to work in my “home clothes” all day. I’ll generally get dressed if I need to leave the house during lunch but mostly not. haha. That doesn’t mean I don’t work though, I’ve had some intense Fridays. This may be one of them but it’s the morning so the day is young… I did get up this morning to celebrate National Donut Day. This is actually not just a day made up by social media – it started in 1938 as a fund raiser for Chicago’s The Salvation Army. Their goal was to help those in need during the Great Depression, and to honor The Salvation Army “Lassies” of World War I, who served doughnuts to soldiers. I had no idea, but it’s a great excuse to eat donuts with the hubby. We went to the local shop down the street, nothing fancy – it’s very no frills so I got a maple bar because they didn’t have my fave glaze twists. 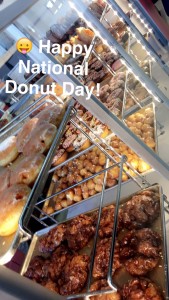 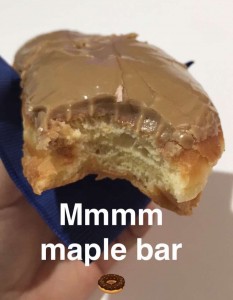 That said, previously I was doing 5 Things Friday so to pick that up I’m sharing my 5 goals fo r this month.