If you follow me on Instagram or Snapchat you may have seen my story but if not here are some of the highlights:

Kaiser arranged to close the park early so that employees and their family can enjoy the park for a private event and they allowed us to enter at 2:00 p.m. Since we thought that WW would be crowded we made sure to get there on time in case the lines were long (JL also went the weekend before with  her family and she said it wasn’t controlled so non-Kaiser employees were in WW and lines and wait times were super long). If you know the three of us, we’re all laggers and run on Filipino time so you know it was serious when we got there early. haha After getting our passes I wanted to do the obligatory pose in front of the large globe. 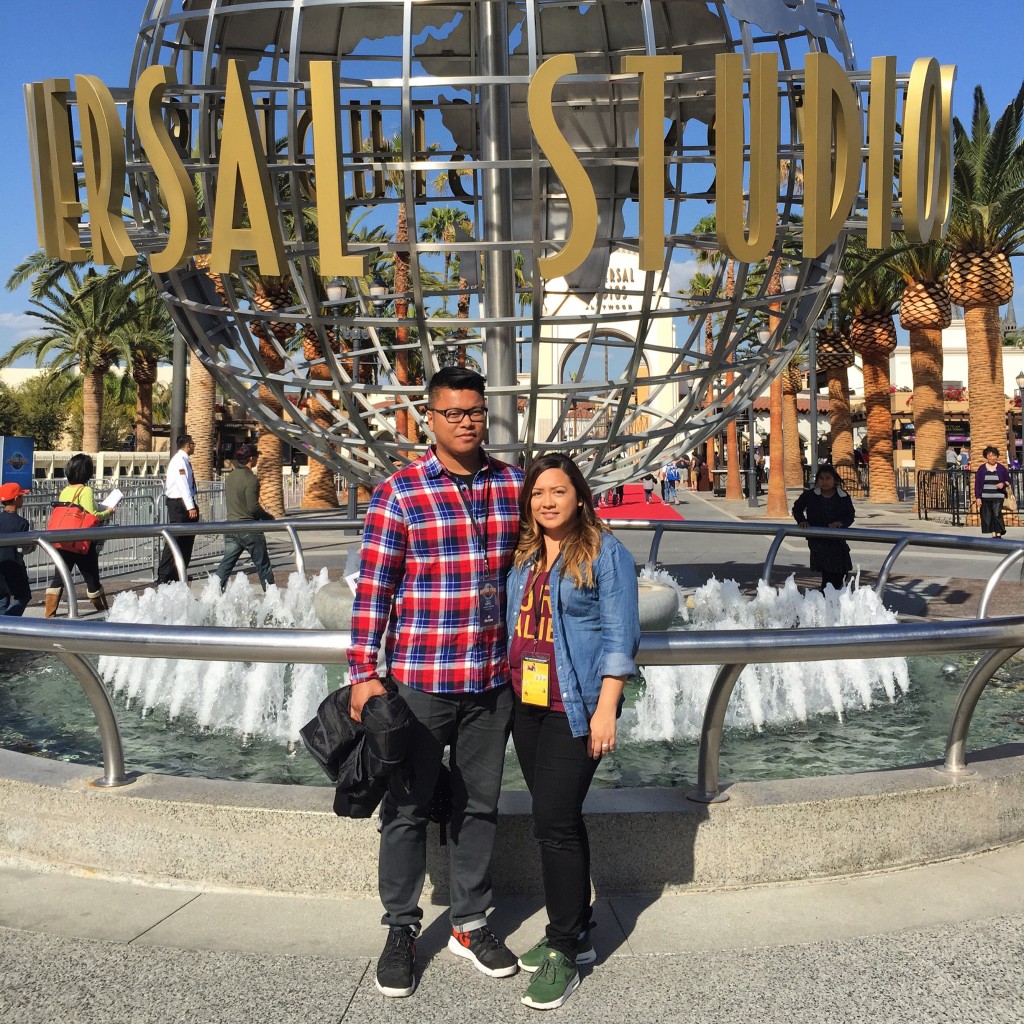 We headed straight to WW and to our surprise there wasn’t a line and it wasn’t crowded at all. Huge score for us. Seeing how amazing it looked I had to pose and take pics of so many things, which is out of character for all three of us. My husband and JL aren’t fans of taking pictures and I normally take pics of food and scenery. haha Before our visit I only watched the movies but I didn’t read the books so I didn’t consider myself a Potterhead but seeing WW, made me act like a total nerd about it. 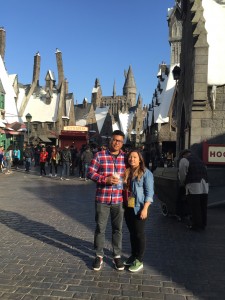 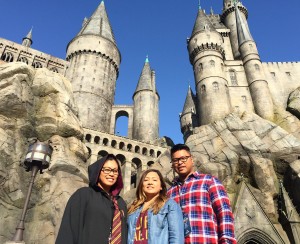 There are only two rides but we got to experience Olivanders, which is a fun experience. 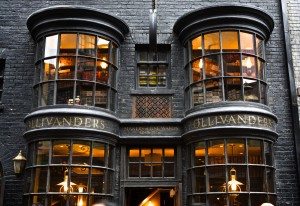 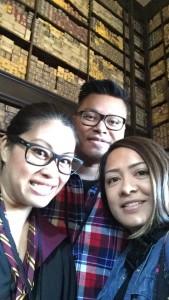 You first go into a staging area while you wait and once you go into the room, the wand employee chooses one person to go through the wand choosing ceremony. After that, they send you into the store where you have a large assortment of wands to choose from. Of course JL had to buy a wand. She bought Narcissa Malfoy’s wand. 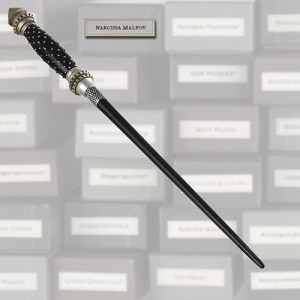 I really wanted to buy one but given the cost and the fact that it would just sit in my apartment, I opted out and just borrowed hers for the photo op. 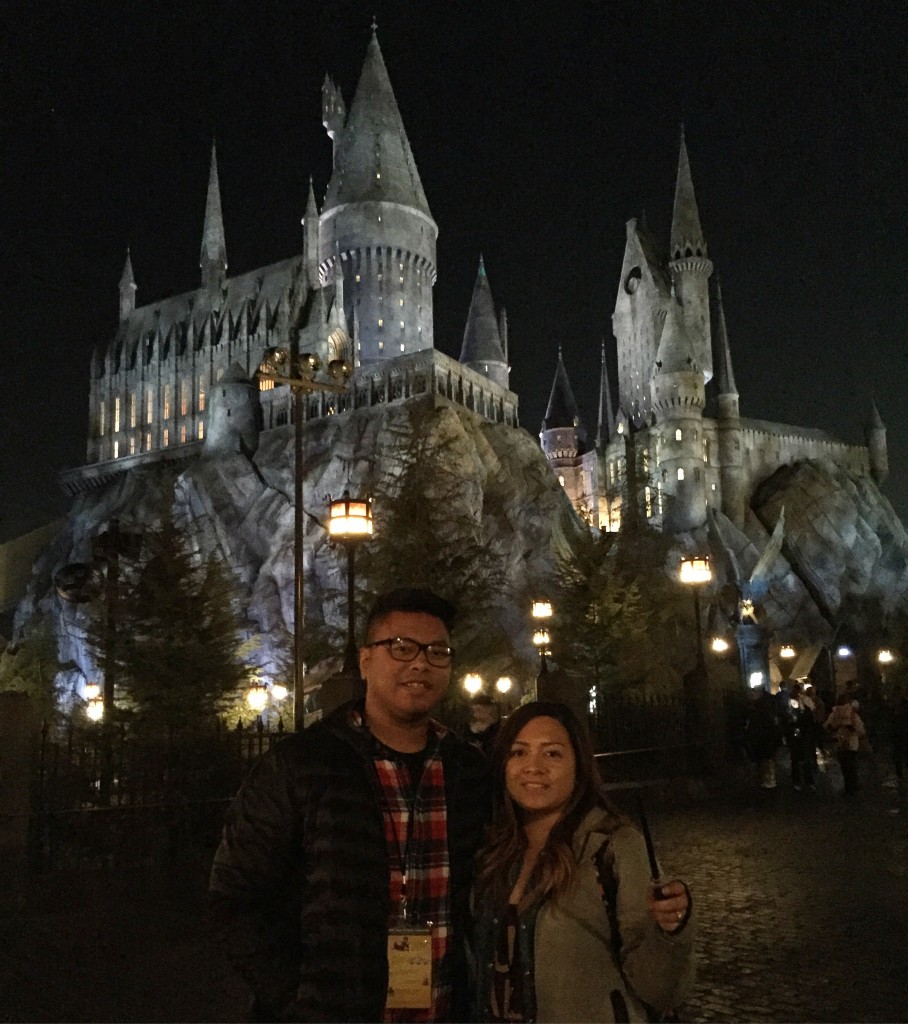 After purchasing the wand, we went on the “Harry Potter and the Forbidden Journey” ride, which is the castle. Got a pic with a one of the “cast mates” just because. 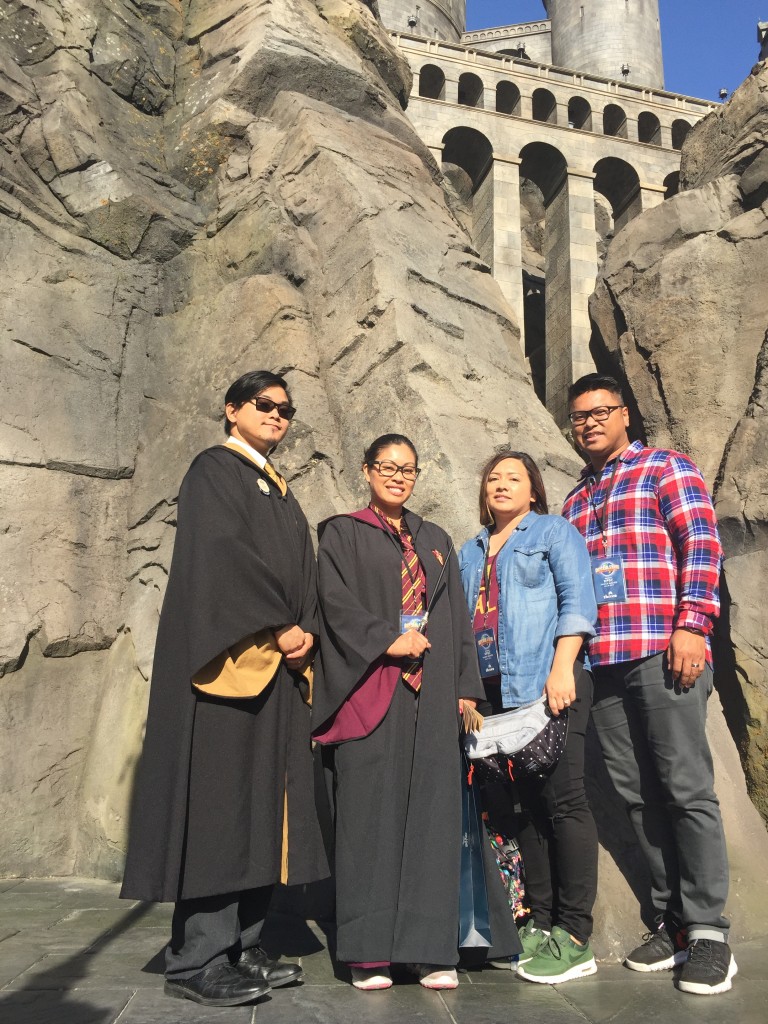 The inside of the ride was so cool. On the level of what Disney Imagineers do for my inner child. 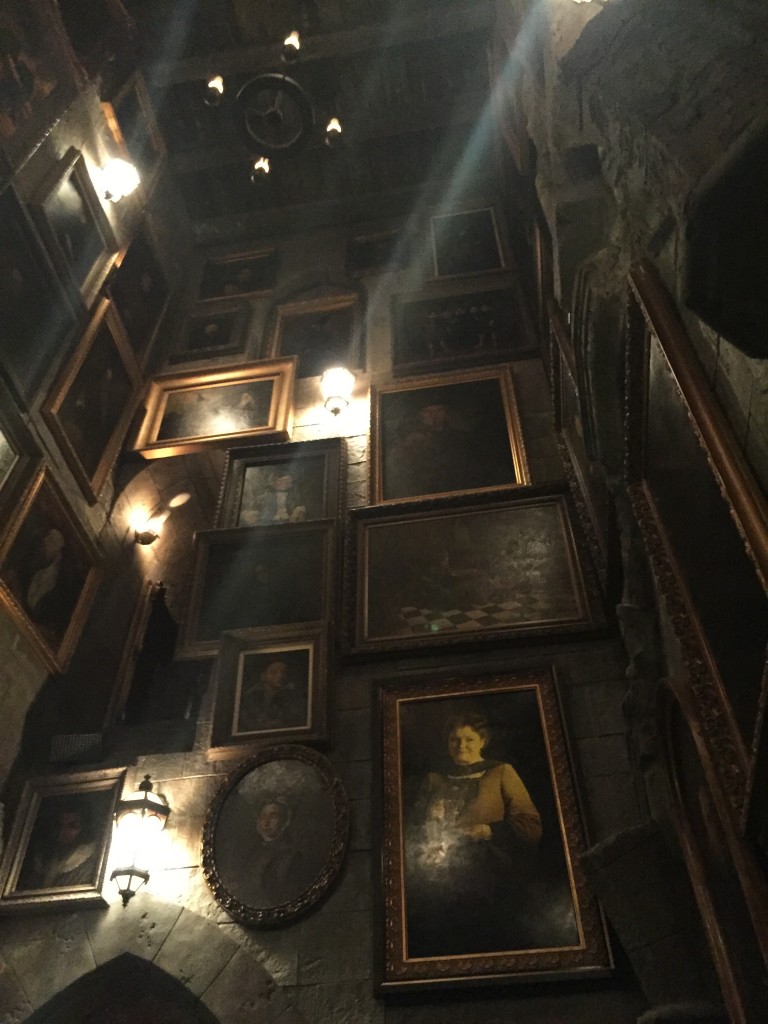 After we went on the Flight of the Hippogriff roller coaster, which was fun but very short and then we were done with the attractions. Given the space they were able to fit an amazing experience into a small area but it made me want more, which is why I still want to go to Orlando. I hear the rides are amazing there.

Since we were out of rides, we spent some time trying the Butter Beer and putting JL’s wand to use. She bought the one with the sensor that let’s you use it in the WW area. 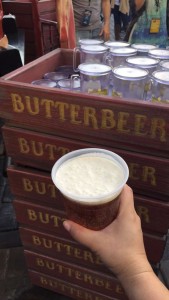 Eventually we met up with friends (they ran on Filipino time) and got some snaps with them and did some rides together. 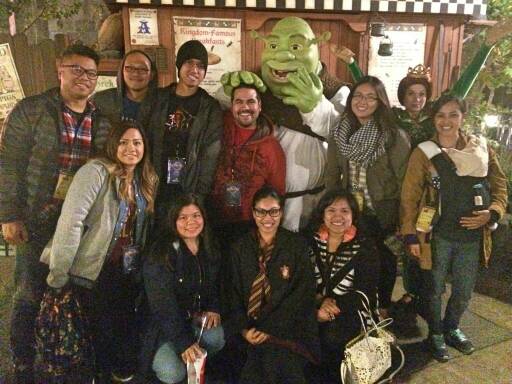 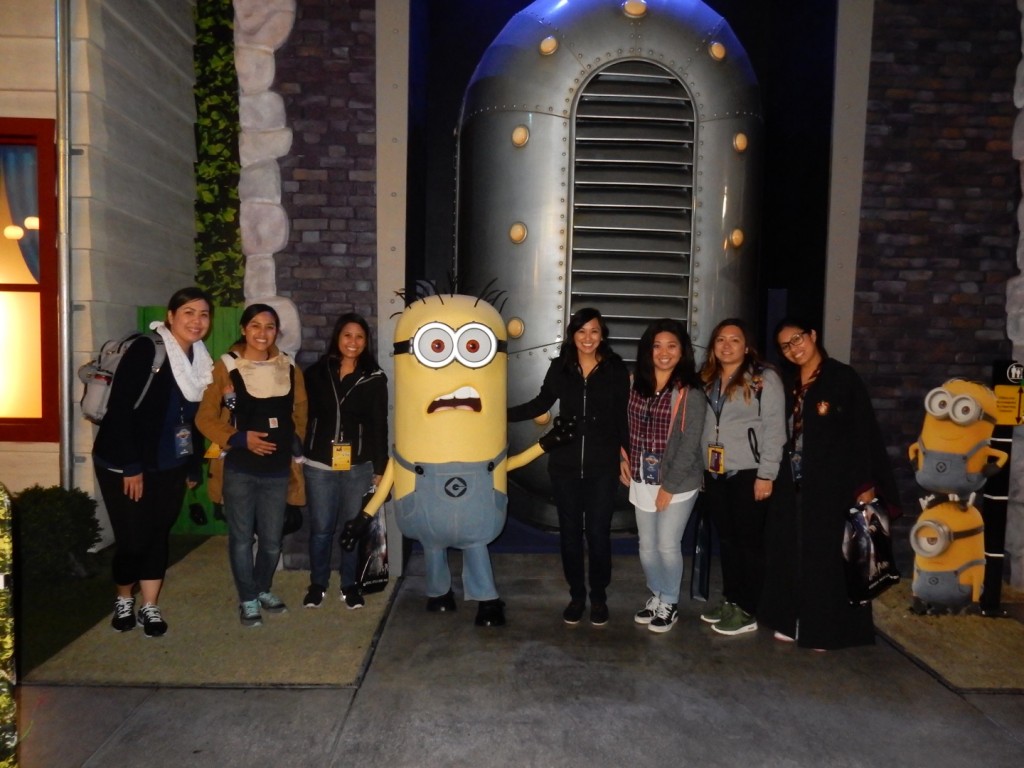 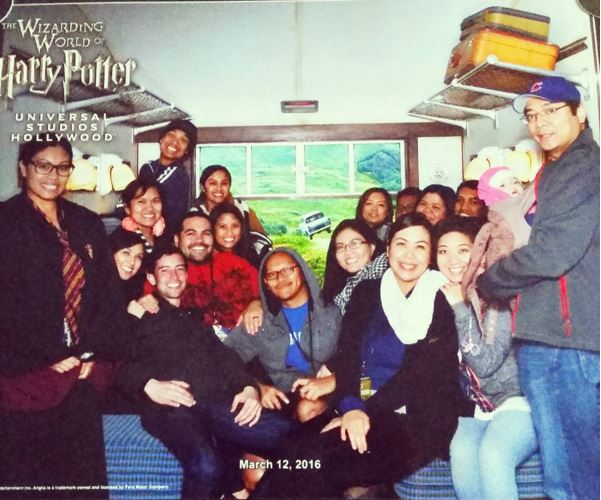 It was such a fun night. I know I overshared that night (I have a long Snap story to prove it) but that’s OK because I’m a kid at heart and anytime I can be carefree I’m happy.

Getting to go to the Wizarding World of Harry Potter made me a fan and I think I’m going to give the books a try. I even went as far as joining Pottermore, doing the sorting ceremony to find out my house and doing the wand ceremony. 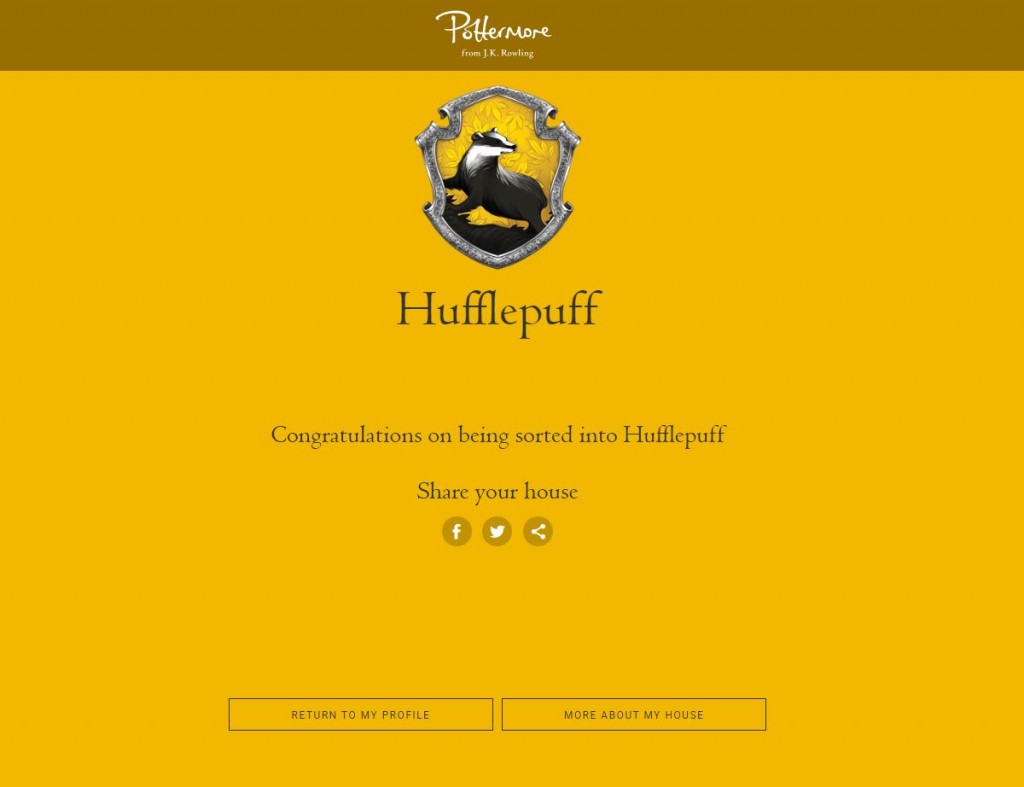 and my wand is the Black Walnut wood with a Phoenix feather core 11″ and Hard flexibility: 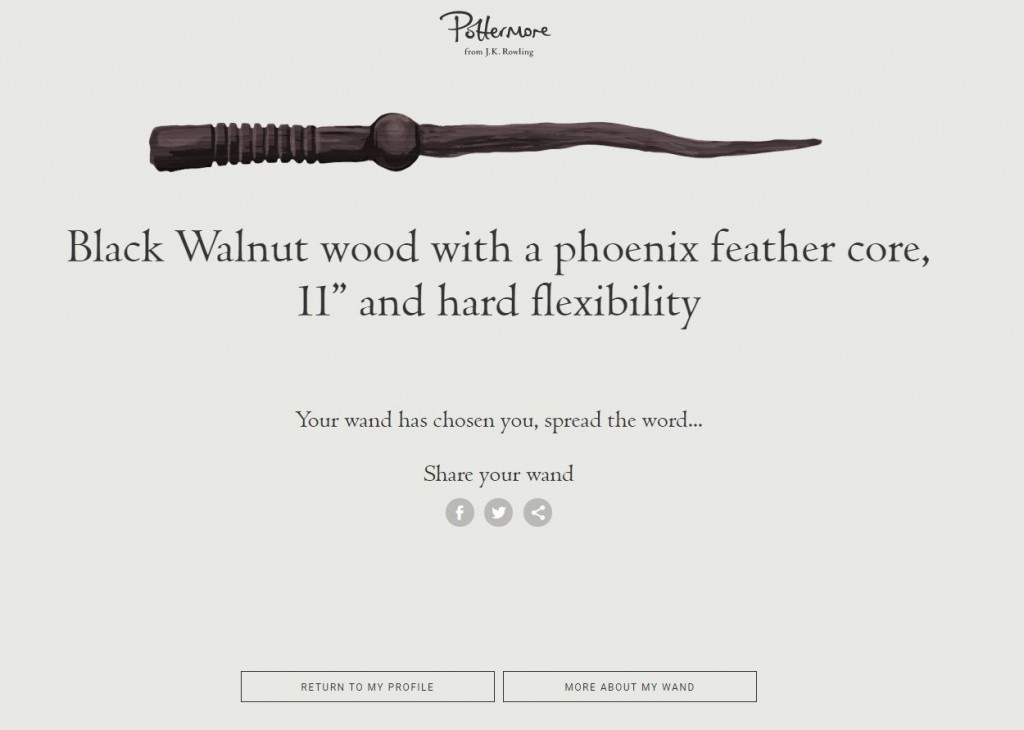 Less common than the standard walnut wand, that of black walnut seeks a master of good instincts and powerful insight. Black walnut is a very handsome wood, but not the easiest to master. It has one pronounced quirk, which is that it is abnormally attuned to inner conflict, and loses power dramatically if its possessor practises any form of self-deception. If the witch or wizard is unable or unwilling to be honest with themselves or others, the wand often fails to perform adequately and must be matched with a new owner if it is to regain its former prowess. Paired with a sincere, self-aware owner, however, it becomes one of the most loyal and impressive wands of all, with a particular flair in all kinds of charmwork.

They’ve been doing soft openings for a while now, so you can Google it to see a lot more. Yesterday I saw Mindy Kaling and a bunch of other celebs got to enjoy the Wizarding World for it’s official grand opening. I think we’d be friends in real life. lol. If you haven’t been to Orlando I suggest you get to Hollywood but maybe wait until later this year because I hear the tickets sold out and people lined up early.