I’ll start this by saying I’m in no way calling myself a Golden State Warriors fan. I can’t stand band wagon fans so I’ll say this now I’m a Sacramento Kings fan. Honestly I don’t watch basketball but since I was a kid my family has been Kings fans, so by default I’m a fan.  It’s my dad’s team and I’m from Sacramento bottom line. I won’t claim I know anything about basketball BUT there is no denying congrats are in order. 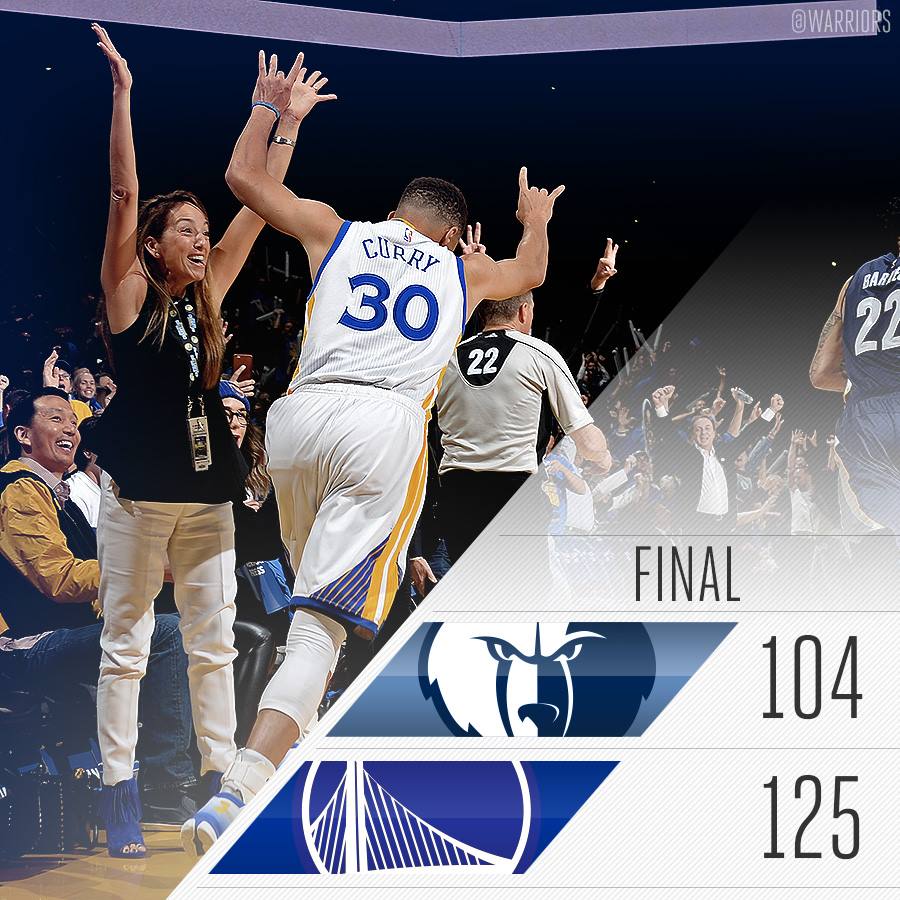 On top of that Steph Curry is a beast and hit a new record by being the first player in NBA history with 400 3-pointers in a season.

As a Bay Area resident I just have to say, way to go team. Bring home the championship. No hating from me.

*All photo credit to the Golden State Warriors